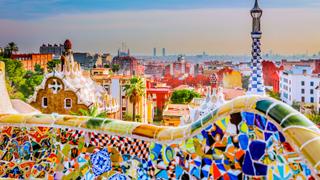 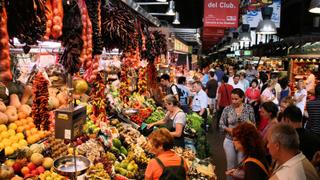 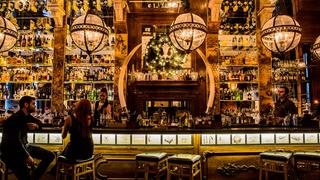 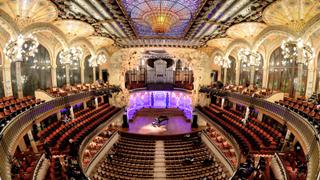 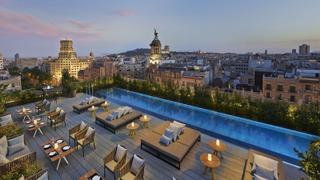 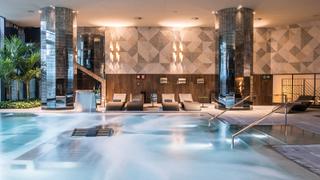 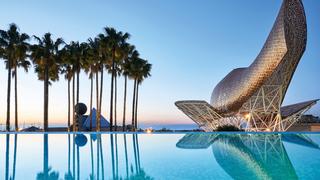 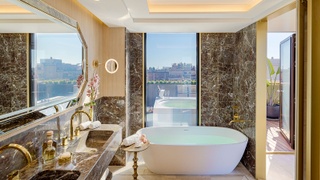 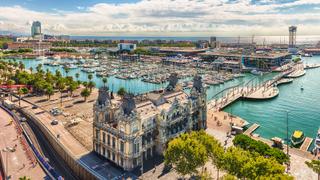 City Guide: Where To Stay And What To Do In Barcelona

Split into several districts, from the seaside Barceloneta to the artsy El Born, there is plenty to explore while you are in town. Holly Overton reveals some top tips for navigating Barcelona...

The best bars and restaurants in Barcelona

From quirky tapas to Michelin-star dining, you’ll be spoilt for choice when it comes to the culinary delights of Barcelona. For lunch on the go head down La Rambla – a busy, central avenue connecting city and sea – to La Boqueria. Inside this vibrant food market hundreds of vendors sell colourful fresh produce to grab and go, from wood-fired pizza by the slice to paper cones filled with the finest Iberico ham, and paella aplenty.

For dinner head to Línia at Almanac Barcelona - a swanky hotel in the heart of the city. Here, 1920s Art Deco meets contemporary design with flashes of gold, geometric ceilings and marble floors. There’s scallops with Iberian pork belly, and burrata with smoked aubergine and truffle to start, followed by veal ribs slow cooked for 24 hours, and a classic Catalan dish of squid ink rice and cuttlefish.

One thing to note: the Spanish don't eat until 9pm. If you want to eat like a true local, fill in the time by tucking into fanciful tapas dishes at Llamber on Carrer de la Fusina. On the menu: parmesan fondue, salmon carpaccio with citrus fruits and ginger ice cream, and black pudding with grilled baby squid. Or, on the seafront there’s Michelin-starred La Barra serving up seafood tapas like amberjack cerviche, fried oysters and shrimp carpaccio.

More award-winning dining can be found at Disfrutar, from the masterminds behind the legendary El Bulli, serving up a series of tasting menus with wacky dishes like crispy egg yolk, chocolate peppers and mango sorbet sandwich. There’s also Enigma, the city’s most secretive restaurant and two three-Michelin star restaurants, ABaC and Lasarte.

You can walk down any street in Barcelona safe in the knowledge that a refreshing mojito is never far away. Discover your new favourite cocktail at Boca Chica, a glamorous bar in the heart of Eixample near the top of the Passieg de Gracia. Elsewhere, there's the trendy Barcelona hotel EDITION which was launched last September and houses Cabaret in its basement, where you’ll find a sultry lounge and bar, and a theatrical stage for evening performances.

What to do in Barcelona

No trip to Barcelona is complete without a visit to Parc Gu?ll, another one of Gaudi’s many masterpieces scattered throughout the city. The park sits a little further out from the heart of Barcelona but is just a short drive away. Stroll through colourful mosaic walls, quirky architecture and enjoy postcard views across the city and out to the Med.

Shopping opportunities are aplenty in the city with the most famous shopping street being Passeig de Gracia, Barcelona’s answer to Fifth Avenue. The street is lined with high-end designer stores set between architect Antoni Gaudi’s avant-garde buildings with intricate paving stones underfoot. Like most of Barcelona’s main streets, the Passeig de Gracia leads to Placa Catalunya, a lively square in the heart of the city and a central meeting point for both locals and visitors.

Where to stay in Barcelona

You're spoilt for choice when it comes to hotel options in this city. Whether you want something closer to the port so you're not too far from your superyacht, or something further in land, closer to the city's amenities, we've rounded up our favourites that cater to both.

Found in the heart of Barcelona’s Les Corts district, Hotel Sofia is the ideal stop over for those in the business market. Following a recent multi-million refurb, the hotel's slick interiors are a real pull for anyone looking for a stylish getaway that's a step back from the busy city centre. Read our full Sea Spa review of Hotel Sofia here.

Found at the intersection of the northern beaches and the city centre, Hotel Arts is one of Barcelona's more zeitgeist hotels, with flawless views at every turn. Best placed for those who want to be a stone's throw from the port and Barcelona's lively Gothic Quarter. Read our full Sea Spa review of Hotel Arts here.

Set between Gaudi’s extraordinary Sagrada Familia and the Passieg de Gràcia – think Manhattan’s Fifth Avenue – The One is perfectly positioned for any city explorer. Read our full Sea Spa review of The One here.

By boat: Barcelona’s OneOcean Port Vell, which can host superyachts up to 190 metres, is just a stone’s throw away from the city centre.

By air: Fly into Barcelona Airport and a 20-minute transfer will land you in the heart of the city. There’s also nearby Girona airport north east of Barcelona which is about an hour’s drive away.

Y Viva Espana: Take a look at our guide to chartering a superyacht in Spain

Connect With Us On

Back to previous page